I've decided to understand how Python calculates hash values for built-in objects. The blessing that Python sources are opened. So I've analyzed C code of hash functions for built-in data types and rewrote equivalent functions in Python.
Here is my code of hash functions for built-in data types (str, int, float, complex, bool, object, tuple and frozenset). Tested on both 32-bit and 64-bit versions of Python 2.7 and also on Python 3.2, 3.5 (CPython implementation of Python).
As you can see, from source code, Python 3 uses updated versions of int and float hash calculation algorithms. Moreover starting from version 3.4, SipHash algorithm replaced the Fowler-Noll-Vo (FNV) algorithm as default string and bytes hash algorithm.
N.B.: None is an object, so it is necessary to use "object_hash" function to calculate its hash.
P.S.: If you find some test data where built-in hash functions' results will differ from equivalent rewritten functions' results, please let me know.

Posted by Delimitry at 4:40 AM No comments:

Yesterday I decided to make a program for creation a collage from images.
I've selected the next important input parameters: images list, output resulting collage image, width of resulting collage and the value of images' initial height (this value is approximate and will change, to fit the line of images in given width).
I've chosen the next algorithm:
1) Try to add images (resized to initial height) one by one to the first line:

And when the sum of their widths will go beyond the width value, start the next line.

2) After all images were added to the line, need to fit their size to width value. Here the height of images in the line will be changed from initial height.

3) Resize images to fit the width in all lines.

4) If one of the lines will contain only one image - need to repeat all steps from the beginning again, reducing the initial height value, to compact lines and to find a place for mentioned "alone" image.

I've also added shuffle of images, to get different collages each time.
The result of the program is the next: 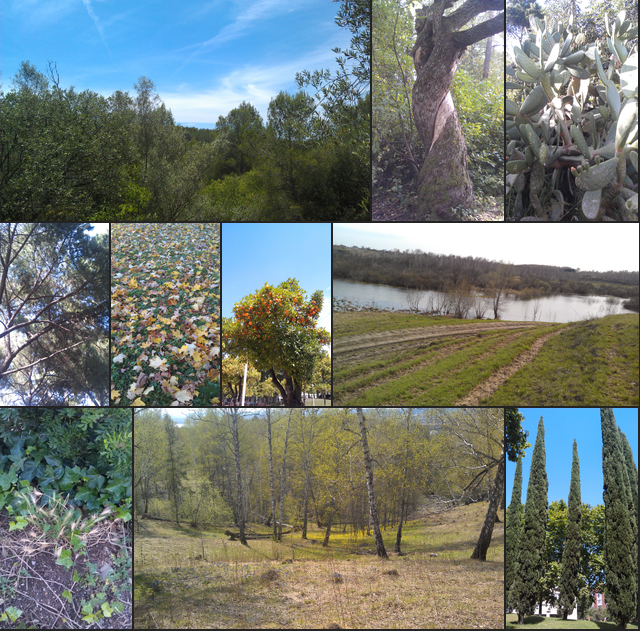 Source code for collage maker is available on my github: https://github.com/delimitry/collage_maker
It's written in Python and uses PIL (Python Imaging Library).
Posted by Delimitry at 2:43 AM 11 comments:

Snapshot of a first version of Solar System visualization in JavaScript and HTML5 Canvas. 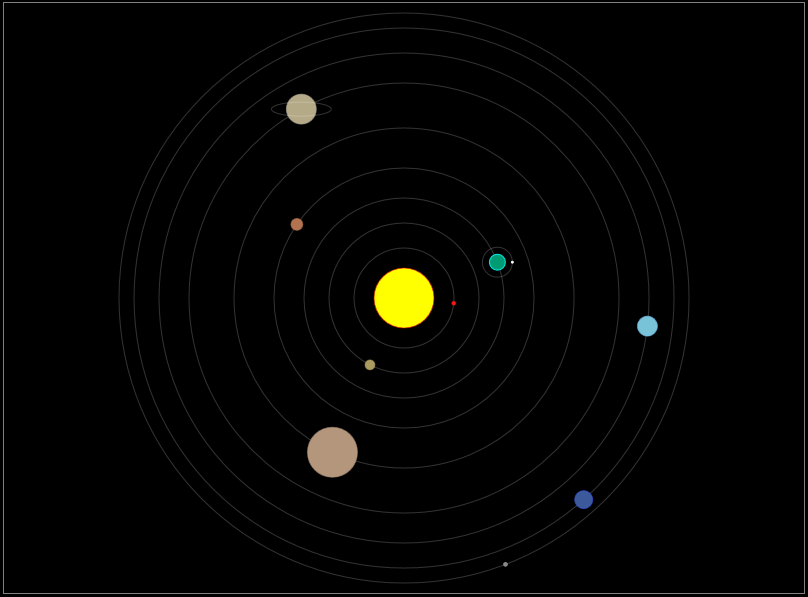 Posted by Delimitry at 11:09 PM No comments: