Some time ago, I've written a simple tool to generate calendar image for a year. But the calendar in not usual format, but in hex format, i.e. with days, month and year in hexadecimal format.

Repository with sources in Python is available on github: https://github.com/delimitry/hex_calendar

Here is the result image of hex calendar for 2018 year (0x7e2 in hex) with SPbPython logo: 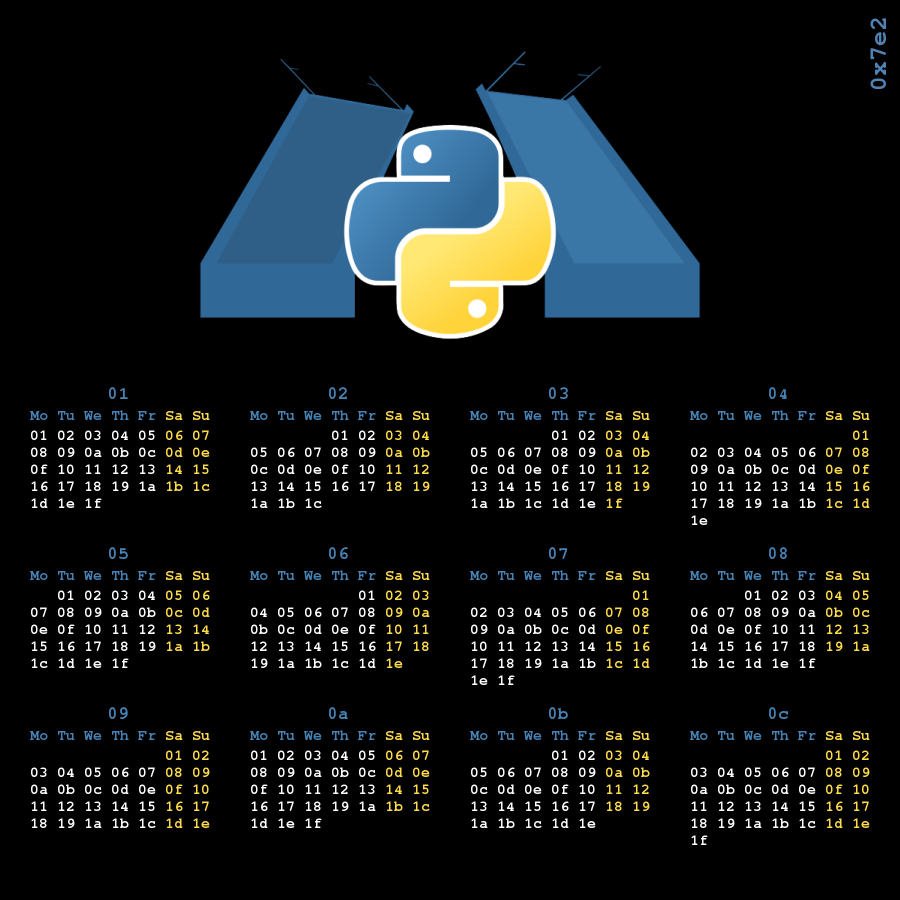 Posted by Delimitry at 4:51 AM No comments: 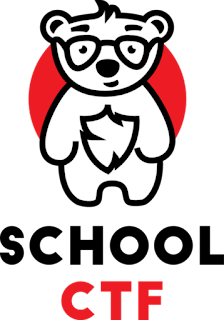 SchoolCTF game will be held on November 5, 2017. Don't forget to register for this event. Despite the name of this CTF, not only student teams can participate. The rating is counted separately for school and non-school teams.
The complexity of the tasks is targeted at beginners. Therefore, if your team wants to practice, but does not have much experience – welcome.
Posted by Delimitry at 3:11 AM No comments:

PEP20 - The Zen of Python decorators

Idea:
The Zen of Python principles as Python decorators:
Each decorator could act as code analyser.
Posted by Delimitry at 5:48 PM No comments:

My visual mnemonics for stalactite and stalagmite. Maybe this can help someone to remember: 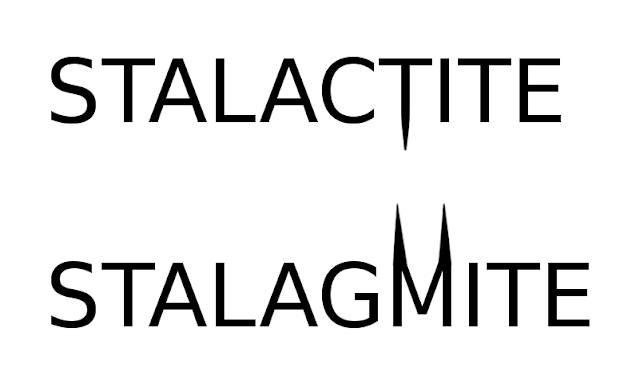 Posted by Delimitry at 8:50 PM No comments:

Some time ago I've added one more protocol to my github repo. This time SNMP.
I created tool similar to snmpwalk in pure Python. The most difficult part was to implement an ASN.1 parser. Current version supports only SNMP versions 1 and 2.
https://github.com/delimitry/networks/blob/master/networks/snmp.py
Posted by Delimitry at 8:53 PM No comments:

Eve intercepted this midi-file. She only knows that notes must be in 1st and 2nd octaves. Can you help her?

I've noticed that only ABCDE and F notes are present (no G note). Thus, it is possible to understood the relationship with hex.

If write out the full melody in octave-note format, we will have the next result:

Then I've noticed that 0x2d in ASCII is "-" (dash), 0x2c is "," or some sort of delimiter. And the other 4 notes (all in first octave) are non-printable in ASCII.
Often non-printable characters are replaced with a dot in the output.
So using the next Python script, I've got a flag encoded in Morse code:

And the flag is:

PS: WTF! Where is hint about non-standard flag format? :(
Posted by Delimitry at 2:47 AM No comments: