Last week I got the access key to the beta version of Oil Rush game. Oil Rush — is a real-time naval strategy game, based on group control. Last week a new update 0.82 of this game was released, so I downloaded it immediately.
After playing tutorials, I decided to play versus AI and I'm really impressed. Oil Rush is very fun and fast game with interesting and maybe unique game play — some kind of a mix of RTS and tower defence. And it's very easy to learn. Screenshot from a game versus AI, that I won, is below. 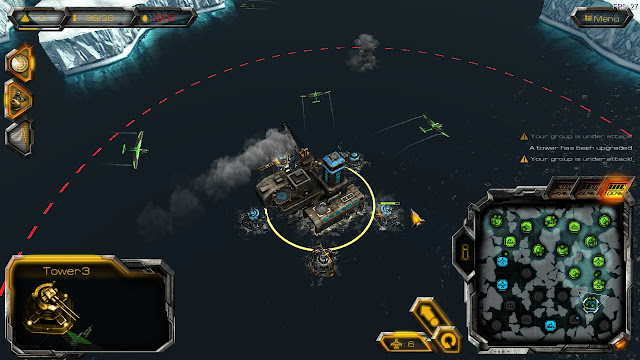 Game soundtrack by Paralyzah is totally awesome. BTW it's now available in high quality as a pre-order bonus! Game's graphics are pretty neat too.
The game is multiplatform and available for Microsoft Windows, GNU/Linux and Apple Mac OS.
Here you can see a walkthrough video of a mission from the single player campaign, from game's official website:
More video is also available on the official site.
Posted by Delimitry at 10:55 PM